We’ve been living on land for thousands of years, but we never completely left the ocean.

The dark, salty waters may be silent, but they’re still teeming with life. If you look closely, you will find small single-celled creatures drifting purposefully, whipping their flagellae to move forward.

Though there are no large animals around, these waters aren’t without their dangers. Venture too far out of the safe zone, and you’ll find the waters turn acidic, shortening your twenty-day lifespan even further. Bump into the wrong bit of land and you could be stranded there forever.

While this scene seems straight out of some primordial ocean, it’s actually very common today…as experienced by a male sperm cell newly entered into the uterus of a human, or of any mammal as a matter of fact.

We’ve been living on land for thousands of years, but our survival still depends on simulating the ocean.

On the 19th of July 2020, in the midst of the COVID-19 pandemic, a rocket blasted off from the Tanegashima Space Centre in Japan. The payload was a small car-sized spacecraft named al-Amal, or Hope. Built by the United Arab Emirates, al-Amal is designed to monitor the Martian atmosphere, giving us clues on how it works and what may happen to it in future.

But al-Amal is only the first part of the UAE’s greater mission: to establish a permanent base on Mars by the year 2117.

There are many many challenges, of course. The Martian atmosphere is very different from the Earth’s: the air is much thinner, ultraviolet radiation penetrates all the way down to the surface, and oxygen levels are low. But if the UAE’s plan sounds ambitious, then even more ambitious was the plan of the Ichthyostega, which left the comforts of the ocean to explore that strange, harsh and alien landscape: land.

500 million years ago. The continents are unrecognisable to us today, scattered and well on their way to forming the supercontinent Pangea. Plants are still limited, confined mostly to reeds and some primitive ferns. And animal life — animal life is beginning to take its first steps. Literally.

It was in the Paleozoic period that the first fish waddled their way onto land. The Ichthyostega, as we call it today, was built to be able to swim as well as walk. You might be tempted to picture a lizard, but this creature was really closer to a fish with front legs — and like the fish, the Ichthyostega too laid its eggs in water, producing tadpoles that grew to be adults. We see the same characteristics in frogs, the next step forward so to speak. In fact, the ancestors of frogs were probably responsible for sparking off that revolutionary invention: the reptilian egg.

Have you ever thought of what a fish egg looks like? If you’re like some of us, perhaps you just vaguely imagined smaller versions of chicken eggs resting in some corner of the ocean. But then, you remember “fish eggs” as food. They’re small, round, and look like eyes. And they’re delicately transparent: you’d almost think they belonged safe inside their mother rather than out in the cold harsh world. The truth is, fish eggs don’t need much, because they have the whole ocean to act as their natural, cushioning, nutrient-filled environment. All they need is a bubble in which their cells can grow.

Why do humans have such smooth, hairless skin? Why are our tears salty when we cry? How is it that infants reflexively make swimming motions when dropped into water? There was once a theory that sought to explain all of this: the Aquatic Ape hypothesis.

The basic idea was this: after having come out onto land, one group of monkeys — namely, our ancestors — decided to move back to the ocean. Perhaps this was because of some natural disaster, or perhaps they were trapped on an island and couldn’t get out, but whatever the reason, they shed their hair for a more streamlined swimming body and developed instincts to suit their new aquatic lifestyle.

The Aquatic Ape hypothesis has since been rejected because while it explains why features like smooth skin came about, it doesn’t explain why we still have them now. Why didn’t we grow back our hair? Our current genetic makeup is obviously useful to us now, in some way — in which case, we could just as well have evolved those features because of the reason they’re useful to us now; there’s no reason to bring ocean adaptation into the picture.

There are some tribes like the Bajau Laut who spend most of their lives in and around water. They have larger spleens — which are a small, usually ignored organ that sits on top of your lungs and processes blood. When you go underwater, all that oxygen-filled blood gets squeezed out, releasing extra oxygen into the bloodstream — and the Bajau Laut’s extra-large spleens provide extra-large amounts of oxygen to keep them going. This is a relatively recent adaptation, though, and probably didn’t influence the rest of humankind.

The Bajau Laut lifestyle is now under threat from development and climate change, and it remains to be seen how long this adaptation will last.

As environmentalists like to say, “there is no Planet B”. Till now, the likely candidates for a replacement planet have been far and few between, and include places like Kepler-22b, orbiting in the “just right” zone of a Sun-like star 620 light-years away, and Enceladus — the moon of Saturn — blanketed by a frozen-over ocean.

Living on the Earth, we sometimes take it for granted. When deciding what we need to live comfortably, we may think of houses or beds or kitchens or WiFi — but we forget to think of the sun that bathes our planet in energy and the trees that replenish the air we breathe. We don’t often think, “How nice it is to have an atmosphere exerting 100 kilo-pascals that holds our body together and prevents it from exploding”.

Unless we’re designing a space mission, in which case we’d probably think about it all the time.

On the moon, you’d be dead without a spacesuit. Without atmospheric pressure, your body wouldn’t be able to hold itself together. Even if it did, you’d suffocate without oxygen, failing which you’d die a slow and painful death induced by harmful solar radiation. Go onward to a hot planet like Venus, and even a spacesuit may not be enough: you’d need to have a whole spaceship or capsule to keep the heat out and the air in, not to mention provisions.

Mars is more promising because the air is vaguely similar to Earth’s. Some people have proposed “terraforming” it, inducing oxygen to come out into the air and hopefully ending up with a breathable atmosphere.

But whatever we may do and wherever we may go, it’s clear that we’ll need an Earth-like environment to survive. If we don’t stay on the Earth, we’ll have to take a bit of the Earth along with us.

While fish eggs can happily develop underwater, frogs don’t have it so easy. They make sure not to stray too far from the water because their bodies are prone to drying out — and their eggs, even more so. Most of them need the water to return, because after they hatch frogs spend a long time as water-bound tadpoles.

It was reptiles who first “invented” the eggshell. It was a revolutionary new device that could keep the egg from drying — ocean inside, land outside — until the embryo had matured enough to handle it. Suddenly, all those “egg-shaped” spaceships and capsules from science fiction start to take on a new significance.

Fast forward evolution a little to us humans, and this ichthyic legacy exists in our reproductive system too. Mammals have done away with the external egg, instead, nurturing their young directly inside their own bodies. But when the sperm and egg combine to form an embryo, it’s suspended in fluid. Indeed, nearly the entire mammalian reproductive process happens in environments that involve water.

We didn’t stay in the ocean, but we’ve taken a bit of the ocean along with us.

The early Earth had much less oxygen than the Earth today, and some creatures, like the oxygen-shy Clostridium sporogenes, never evolved to handle it. Instead, they took refuge where they wouldn’t encounter it, in places that resemble an early Earthly environment — places like your intestine.

We humans, on the other hand, can’t live without oxygen. We take tanks of it with us when we climb high mountains, and even bigger tanks when we venture out into space. We build suits that can control our immediate surroundings carefully, sealed into a vacuum with a mini-environment of our own making.

Of course, we haven’t had enough reason to try to adapt to life without oxygen. But just like the Clostridium, maybe we don’t have to. Wherever we go, we can take the Earth — and the ocean — with us. 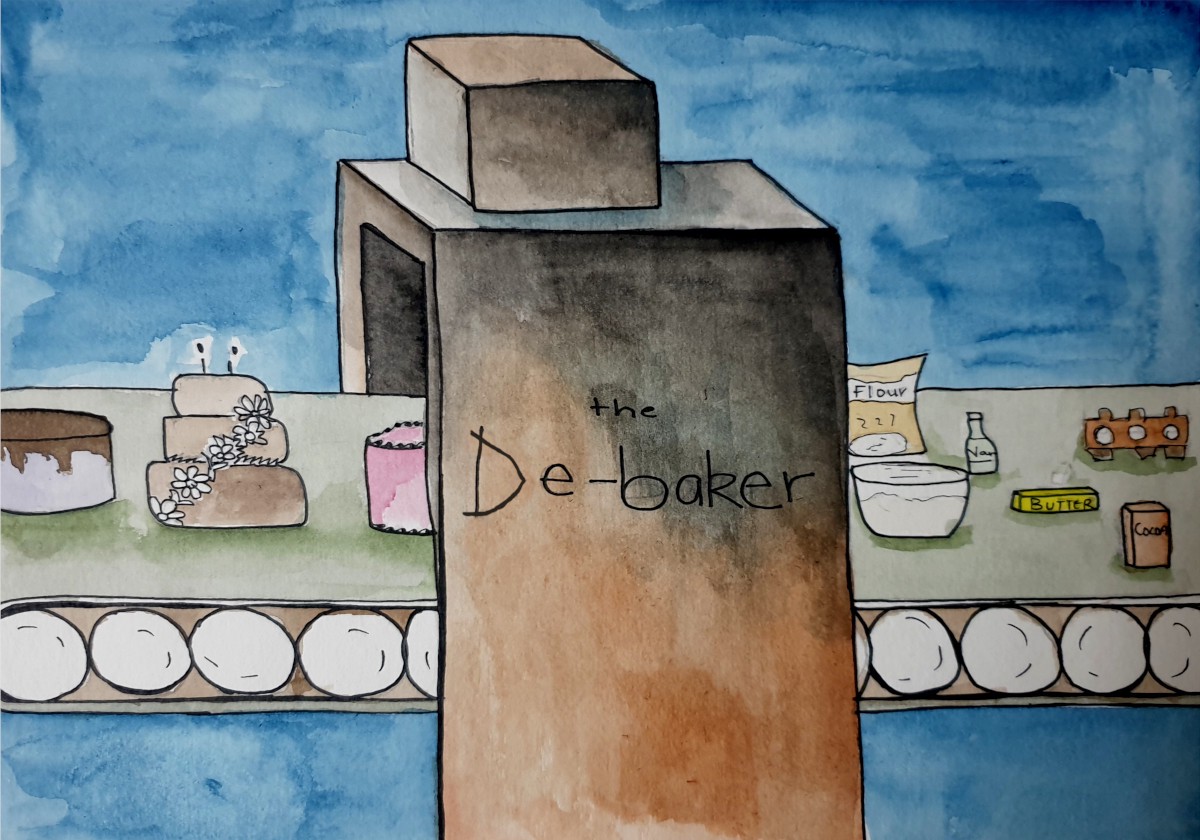 We combine ingredients to get the final product. Now, food scientists are doing it backwards. 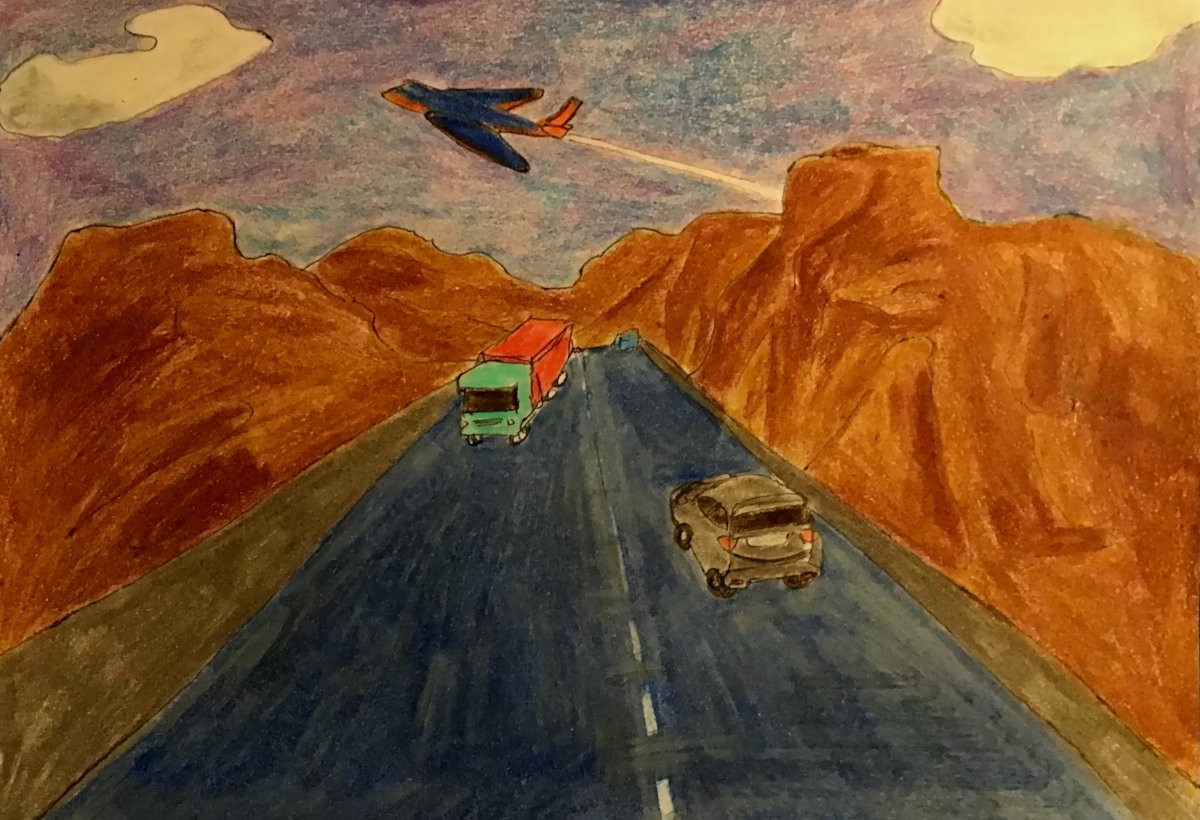 A travelogue turned etymological musing on the difference between the two words.

When “mind over matter” becomes reality and consciousness reigns in play with time.